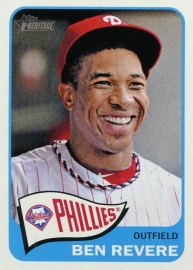 I was incredibly disappointed last night after arriving at two different local Targets only to find that neither had any Topps Heritage on their shelves. Thankfully, I didn’t require either store to fulfill my urge to open packs of Heritage this past weekend as I already purchased a few packs on Saturday while visiting a card shop I last saw nearly eight years ago, just before I moved from inside the DC beltway to the northwestern fringes of the Northern Virginia suburbs. Nonetheless, I really was looking forward to breaking open a few retail blaster boxes before the end of the weekend. Now it looks like I’ll just have to be patient and wait another few days before embarking on my quest to complete my own set of Heritage.

Since I didn’t want to come home empty-handed last night, I grabbed a few packs of Donruss. While I really would like to make a stab at completing a set, I don’t know how feasible that really is. The Diamond Kings and Rated Rookie subsets are both short-printed — something I didn’t realize when I posted my Phillies-centric review last week — thus making an inordinate percentage of the set more difficult to acquire. Learning this really cooled the affection I felt towards the set. 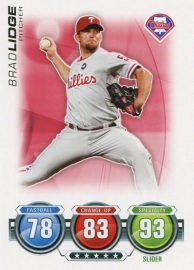 led me to a K-Mart just around the corner from the hobby shop I purchased my Heritage packs from. Over the past couple years, I’ve come to rely upon the chain for heavily-discounted aging product such as $5.99 retail blaster boxes of 2009 O-Pee-Chee. Well, unlike Target, K-Mart made me very happy; I walked out of there with multiple starter packs of both 2000 MLB Showdown and 2010 Topps Attax for $1.99 per box. This was not an effort to expand my collection, however. I had my son with me and we are actually going to play with those cards as they were intended to be used. Oh, I’ll almost certainly slip soft-sleeves over each card in order to minimize the damage, but I made this purchase solely for the purpose of giving the two of us something fun to do together. 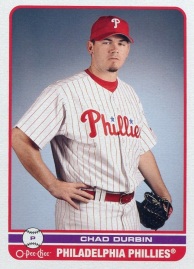 Unfortunately, that particular K-Mart — which I also hadn’t stepped into in nearly eight years — didn’t have any 2009 O-Pee-Chee. I’ve been working on that set in fits and spurts over the past few years and my set is about 75% complete. Coincidentally, most of the packs I’ve opened have come from the K-Mart discount shelves. As much as I like the set, the original sticker price really was far too high, and that cost detracted from the fact that 2009 O-Pee-Chee really was an awesome modern throwback set; a set that maintained the aesthetics of vintage card design without replicating or paying homage to previous sets. Anyway, If you happen to have any 2009 OPC duplicates, please email me so that we can work out a trade. I have plenty of additional material that’s not already listed on my Trade Bait page, so I’m sure I can work out some sort of trade with anyone.